All in one cloud

Cloud in a box

I'm running Fedora on my laptop with 8GB of RAM. I recently swapped the original HDD to a SSD disk to see if the performance could be improved. Before the swap I had tested running OpenStack on the laptop but it was rather slow once I deployed more than one instance.

The SSD disk seemed to be performing quite well on normal desktop use, so I wanted to see what happens if I start to give some load on it.

I installed RHEL7 on a virtual machine with Virtual Machine Manager, and then installed Red Hat Enterprise Linux OpenStack Platform - or RHEL OSP - on it. So far so good.

Next step was to deploy Red Hat CloudForms - a hybrid cloud orchestrator - on a VM, this time on RHEL 6.6. That went well also.

Finally I connected CloudForms to the OpenStack controller via API, and started to deploy some virtual instances on my tiny cloud. Still after deploying 6 pieces of a small CirrOS instances, my laptop had enough CPU cycles and memory to run the normal desktop operations.

So, if you fancy of having a small cloud in a box for demonstration or learning purposes it's possible. Just ensure you have fast enough SSD disk and plenty of RAM available. 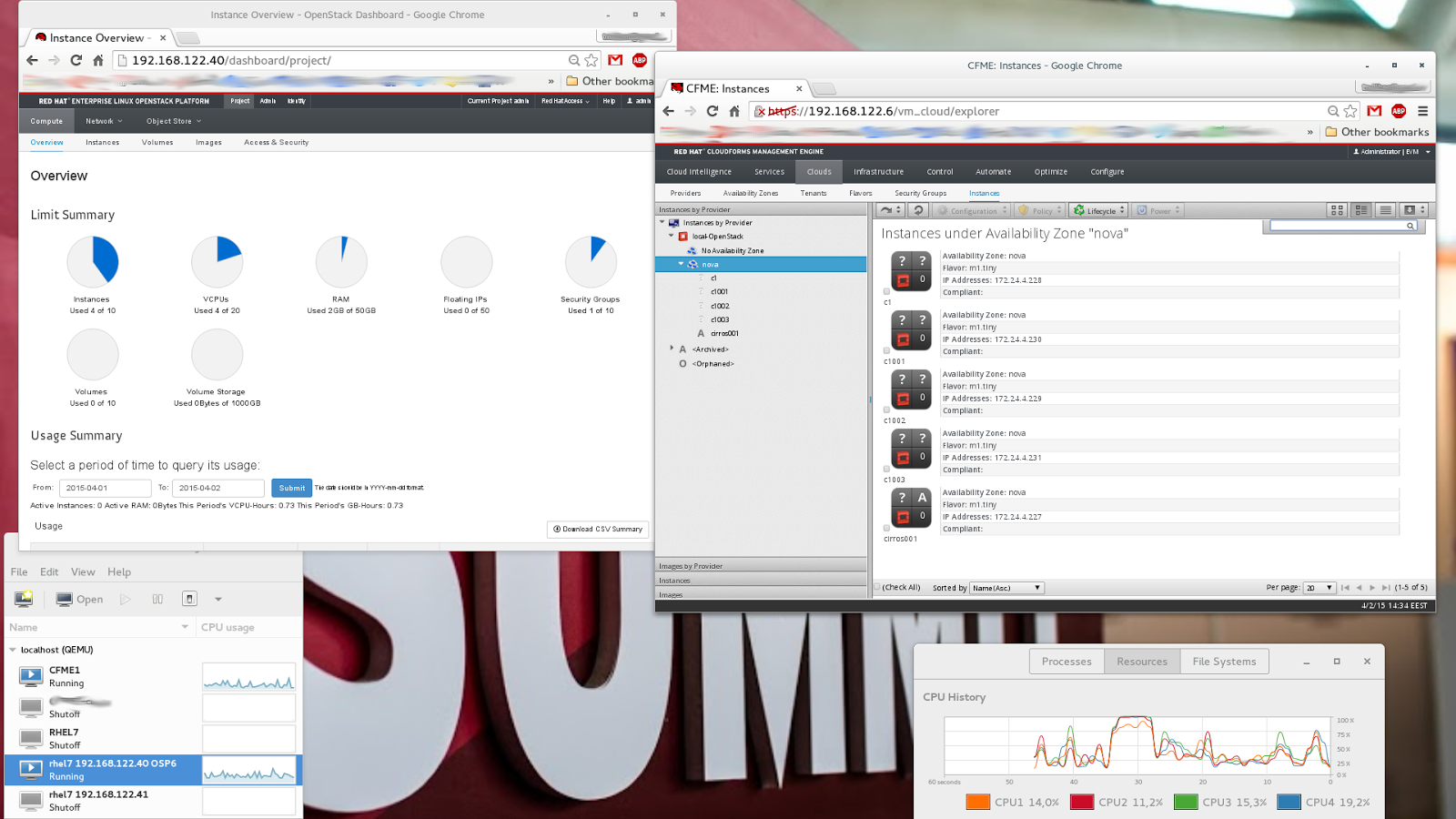 Toni Willberg has over 20 years of professional IT and Open Source experience.